1.    EUROFEMA wants to support the following contribution derived from the ESPP contribution.

We request that DG GROW add to this note an explanation of under what conditions ABPs can be used in CMCs 3, 5, 12, 13 and 14. We would suggest that an efficient way to do this would be to include already for consideration of this FEG ad-hoc meeting a draft modification of the FPR “Questions and Answers” document FAQ 8.26

At present FAQ 8.26 states “To use a derived product as a component material, in addition to having the end point determined, the derived product has also to be listed in CMC 10 in Annex II to the FPR.” To our understanding, this is misleading, in that ABPS can also be used in CMCs 3, 5, 12, 13 and 14 subject to achieving one of the ‘future’ ABP end-points established (it is anticipated) by the amendment to the ABPRs currently ongoing.

We suggest that FAQ 8.26 be updated and modified (publication as soon as the ‘future’ ABPR amendment is published, preparation already now) to replace “for the moment, none of these products  … have an end-point …” by an explanation that ABPS can be used in FPs under three possible conditions:

[Note: to EUROFEMA’s understanding, not applicable until both the ABP amendment and the proposed amendment modifying FPR CMC10 enter into force.]

[Note: to EUROFEMA’s understanding, applicable immediately after the ABPR amendment enters into force, without requiring amendment of the FPR].

An example of (ii) is as follows: hygienised manure can be used as an input material for CMC12 “Precipitated Phosphates and Derivates” (that is, phosphates are precipitated from the hygienised manure), by application of art. 6 of this CMC. This is subject to the manure having been hygienised under the conditions specified in the ABP amendment for “Processed manure” before being used as input to the precipitation process, and also to the precipitated phosphate meeting the conditions of the FPR (CMC12) and the fertilising product containing it meeting the other conditions of the FPR (Annexes I, III, IV).

[Note: to EUROFEMA’s understanding, applicable immediately the ABP amendment enters into force, without requiring amendment of the FPR].

An example of (iii) is as follows: raw manure can be used as an input material for CMC12 “Precipitated Phosphates and Derivates” if the process described in CMC12 achieves the conditions specified in the ABPR amendment to reach the ABP end-point for “processed manure”. For example, it is specified in CMC12 (1)(f) that the precipitated phosphates may be treated by “steam distillation or heating solely to remove water, thermal hydrolysis … The temperature under such processes shall not be raised above 275°C”. So, raw manure can be used as an input material to a CMC12 precipitation process if the precipitated phosphates are treated such that the conditions of the ABP end-point for “processed manure” (in particular, temperature-time 70°C, 60 minutes) and also the precipitated phosphate meets the conditions of the FPR (CMC12) and the fertilising product containing it meets the other conditions of the FPR (Annexes I, III, IV).

Example (iii) is applicable similarly for use of raw manure as input to CMC3 compost or CMC5 digestate, subject to the composting or digesting process respecting the relevant ABPR end-point conditions for composts and digestates.

While studying the CMC5 description in FPR for this contribution EUROFEMA came across a possible error. FPR Annex II CMC 5: Digestate other than fresh crop digestate, art 1a is as follows:

EUROFEMA assumes the references to ‘compost’ and ‘aerobic composting’ instead of ‘digestate’ and ‘anaerobic digestion’ me be considered as a typing error, but nonetheless need amendment. EUROFEMA asks the Commission Expert Group on Fertilising Products to adopt this amendment in CMC5. 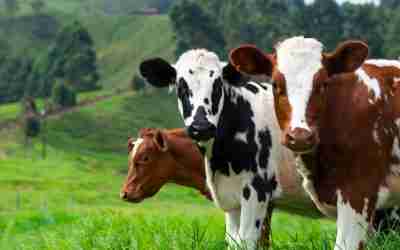 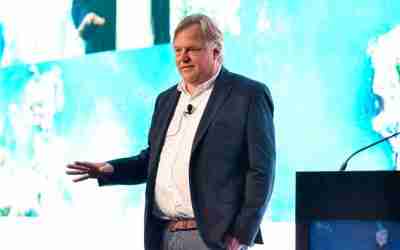 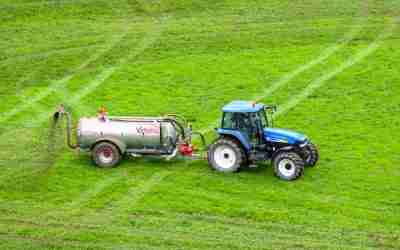